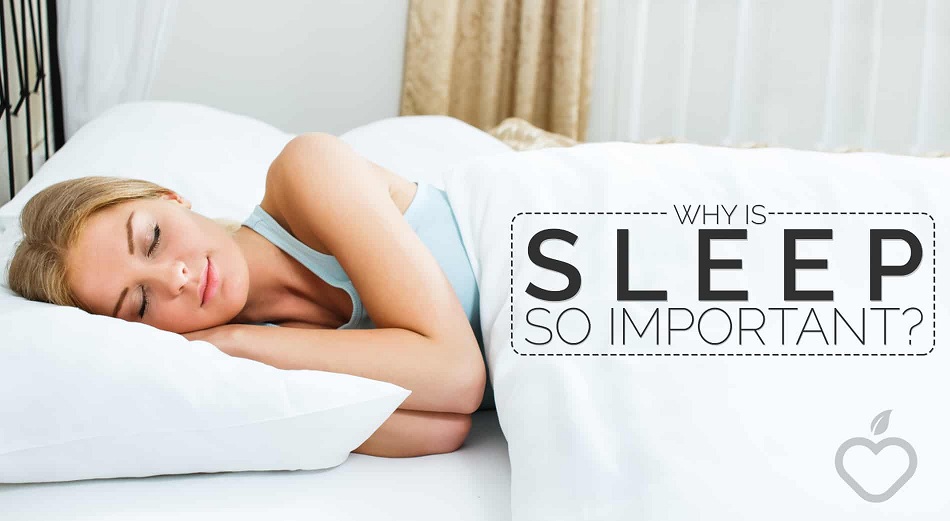 Ensuring that you have a good night’s sleep is one of the most important things that you can do for your health. It is actually just as important to do this than to eat well and exercise regularly. However, there are many things that exist that can have a significant impact on our natural patterns of sleep. As a result, people sleep much less nowadays than they ever did in the past and the quality of the sleep has deteriorated also. Some of the reasons as to why sleep is so important for us are listed below.

It boosts your immune system

The smallest amount of sleep loss has the potential to significantly impair your immune system. This is backed up by several scientific studies, one of which looked at how the common cold developed in a large number of subjects that were actively given the virus. This particular study found that those individuals that had fewer than the required seven hours per night, were as much as three times more likely to go on to develop a cold than those who got a minimum of eight hours sleep. If you often find yourself getting colds or generally feeling run down, ensure that you are getting enough sleep each night.

It improves your productivity

For boosting brain function, getting a good night’s sleep is a very important factor, as it works to improve performance, concentration, and cognition. When you are not sleeping well, all of these things can be negatively impacted on. There is good science to back this up, with a number of research studies performed looking at this subject. One example looked at medical interns that worked long hours of greater than 24 hours. It found that when working to these extreme schedules, the occurrence of serious medical errors increased by 36 percent, when compared with those medical interns that were getting a sufficient level of sleep. Similar scientific studies found that having little sleep has the same negative impact on several areas of brain function that alcohol intoxication does. Ensuring that you get enough sleep each night has been shown to enhance your memory and improve your ability to problem solve.

It stops you gaining weight

There is a strong link between having poor sleep and gaining weight. Those people that sleep for a shorter amount of time, generally weigh much more than those people that get enough sleep each night. It has been identified that not getting enough sleep is a major risk factor for obesity. In one scientific study, it was found that those participants that had a short sleep duration were 55 percent more prone to developing obesity. The reason for the link is down to a number of different factors, including the release of certain hormones and the lack of motivation to perform any exercise due to feeling tired. For anyone that either wants to lose weight or stay on top of their already slender frame, it is vital that they get a good night’s sleep. One way of ensuring this happens is by sleeping on the right type and size of mattress. Those people that are in the market for a new mattress can see the available options here.

Sleep has the ability to affect inflammation within the human body. Having a lack of sleep can actually activate unwanted markers of cell damage and inflammation. It has been shown that the inflammation of the digestive tract over the long term is linked to poor quality sleep. This has the potential to lead to serious disorders, such as inflammatory bowel disease. Scientific studies have shown that when people with Chrohn’s disease do not get enough sleep, they are much more likely to have a relapse of their condition compared to those patients that did get sufficient sleep. This is why more and more researchers are suggesting that the evaluation of a person’s sleep should be done in order to predict the outcome of long term issues relating to inflammation.

There is a very strong link between certain mental health problems like depression and a lack of sleep. In fact, it is believed that around 90 percent of those people that suffer from depression have problems with getting good quality sleep. In fact, having poor sleep has been shown to increase a person’s risk of committing suicide. People that suffer with various sleep disorders, like sleep apnea or insomnia, report much higher cases of depression than those people who have no problem sleeping at night.

It stops you over eating

A number of different studies show that those people who are sleep deprived eat much more throughout the day, due to having a larger appetite than those people who are well rested. The reason for this is because being sleep deprived has a disruptive effect on the normal fluctuation of the appetite hormones that are released into the body – this leads to poor regulation of appetite. What a lack of sleep does is release more ghrelin (the hormone responsible for stimulating appetite) whilst at the same time, reducing the level of leptin being released into the body (the hormone responsible for suppressing appetite).

Getting a good amount of sleep can seriously benefit overall athletic performance in an individual. During a large scale scientific study of professional basketball players, it was found that those athletes that had good sleep, were generally faster, more accurate, had better reaction times, and better overall mental well being than those players that were more sleep deprived. Not being well rested has been shown to lead to poor athletic performance, as well as limiting functionality. A further study which involved in excess of 2,800 females identified a link between sleep deprivation and slow walking, low grip strength, and general difficulty in performing a range of activities.

All of this goes to show just how important sleep is and the impact it can have on our day to day lives.