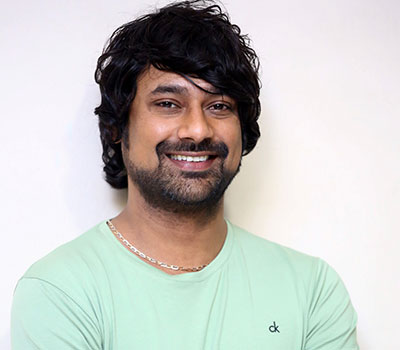 Varun Sandesh was born in Rayagada, Orissa, and spent four years in Hyderabad. His family later relocated to Bridgewater Township, New Jersey, in the United States, where he received his education. Varun Sandesh is the grandson of Telugu author Jeedigunta Ramachandra Murthy, who worked for All India Radio in Hyderabad for 28 years. Jeedigunta Sridhar, his uncle, is a well-known Telugu television personality in Hyderabad, India. Veena Sahithi, his younger sister, has worked as a singer and lyricist in Nandini Reddy’s Ala Modalaindi. Sandesh and his Maro Charitra co-star, actress Shraddha Das, had a brief relationship in 2011. Varun got engaged to actress Vithika Sheru on December 7, 2015, and they later married.

Despite having no prior acting experience and intending to pursue medical studies, Sandesh applied for auditions for a Sekhar Kammula film through an online advertisement in 2007.

He received a response with a film script for one scene, which he was asked to act out and send back. He shot and sent video clips of himself to Kammula, who promptly cast him in the film Happy Days. Happy Days, which featured an ensemble cast almost entirely made up of newcomers, was a critical and commercial success, earning several awards, including six Filmfare Awards South and three Nandi Awards.

He went on to star in the romantic drama Kotha Bangaru Lokam (2008), which received critical acclaim and went on to become one of the year’s biggest blockbusters. Following his initial success, Sandesh appeared in a number of films that did not fare well at the box office, including the action film Kurradu (2009), a remake of the 2007 Tamil hit film Polladhavan, and the romantic drama Maro Charitra (2010), a remake of the K. The same-named 1978 blockbuster directed by Balachander and starring Kamal Haasan. Following a string of box office flops in the 2010s, Sandesh’s career prospects deteriorated further, with his only successes being the romantic comedy Yemaindi Ee Vela (2010), crime comedy D for Dopidi (2013) and Pandavulu Pandavulu Thummeda, an ensemble comedy (2014).

Sandesh rose to prominence in 2019 after appearing on Star Maa’s reality show Bigg Boss Telugu 3, where he reached the grand finale and finished fourth. Sandesh is also the Kalanjali store’s brand ambassador in Andhra Pradesh, India.

Varun Sandesh and Vithika Sheru of Bigg Boss Telugu season 3 revealed many interesting facts about their lives and the Bigg Boss show. The couple discussed their first incident and how it brought them together. Vithika told Varun Sandesh about his first gift and questioned him about the gift and the events surrounding it. Varun described Vithika as an all-arounder who is perfect in every way.