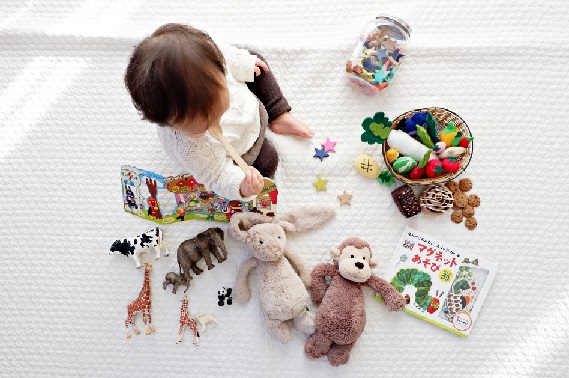 Toys aren’t just something your baby would play with and enjoy themselves. In fact, studies have shown that toys are also an important part of the development of the infant’s young mind.

And if you are indeed looking for the best toys for babies that they can enjoy and aid their development in the process, then you’d be glad to know that the article I have prepared for today is specially written just for you!

So without further delays, let’s begin…

Toys for 0 to 6 Month Infants

The suitable toys for newborn infants to 6 months are something that can stimulate their senses, such as touch, hearing, and vision. Newborn infants are basically curious and see everything with great wonder and curiosity.

Toys for 7 to 12 Month Infants

At this point, the mind of the infant is starting to become more developed. Their senses are beginning to become finer and discern things. In addition, they now recognize their names and react to what their senses grasp.

Therefore, the suitable toys for infants under this age group are as follows—

1-year-old infants are now highly active and curious. They like to explore places and play constantly. It is now under this age that they can respond to things and understand the menial things you provide them.

In addition, you now have to be extra careful in supervising them because 1-year-old infants like to experiment.

At this point, the baby is now referred to as a toddler. At this point, they can now speak and adapt to the language of their parents and the environment they were raised. They are still highly experimental, which requires a significant amount of supervision.

The appropriate toys for toddlers include the following—

The thing you have to take note of about infant toys is that they are relatively simple, as you have seen in this article. The key point is that the toy allows the infant to stimulate their basic senses, such as hearing, vision, and touch. It also matters that it helps their cognitive capability as they develop all throughout.

The list in this article is just some recommendations you can pattern to whenever you are shopping for toys for your adorable babies.