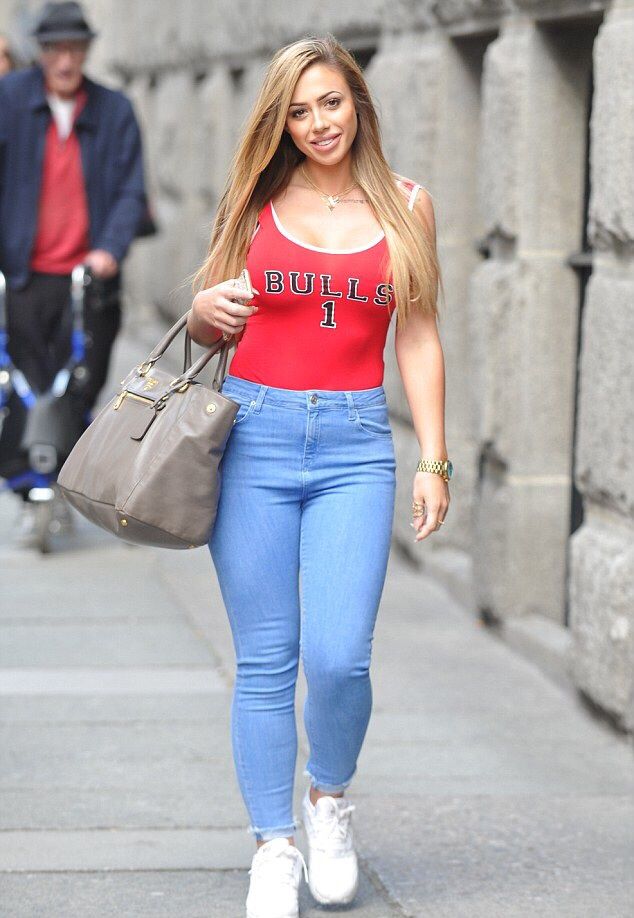 Holly Hagan is a famous television personality from England. She was born on 7 July 1992 in Thornaby-on-Tees, England. Her zodiac (birth) sign is Cancer.

Her cup size is DD. Holly Hagan has classical hazel eyes and captivating blond hair. Holly’s shoe (feet) size 8 (US), and the dress size is 6 (US)/8 (UK). Holly Hagan has a tattoo on her back.

It means to live the life you live. Holly Hagan has outstanding looks to attract many people in this world filled with too many beautiful things.

Hagan’s parents raised her in Thornaby-on-Tees, a beautiful location in Northeast England. Thornaby-on-Tees is a precious part of North Yorkshire county. For three years or so, young Holly lived in a council house in Grove Hill.

Holly’s lovely mother enrolled her to a private nursery. At a very young age of three, the Hagan family’s was burgled during the night. Holly Hagan did her schooling in Thornaby-on-Tees, England. Holly Hagan met Jacob Blyth years before becoming partners in 2017. They fell in love and started a very sound relationship in 2017.

Holly and Jacob love each other a lot and are enjoying a very productive life together. In the coming future, they can plan to extend their family. Holly credits Jacob for helping her to get stability in her challenging life.

She worked as an HM Revenue and Customs and in sales, it was a Santander call centre. Holly became famous after working well on MTV series Geordie Shore.

Holly has done a lot of job as a model. Her work in magazines like including Nuts gave her fame to enjoy and feel proud. Her photoshoots with Vicky Pattison, a famous model and television personality, from England liked by many fashion lovers. UK’s FHM and Loaded also gave her the chance to appear on the cover page.

In July 2012, her topless photoshoot with the magazine created a lot of buzz and drama in the United Kingdom, Europe, and North America. The first stint made her television career from 2011 to 2016. In the 2018-19 season, she appeared on Geordie Shore’s second stint.

On can see the television work of Holly Hagan in the following series: Geordie Shore, Car Crash Couples, Celebrity Storage Hunters UK, Celebrity 100% Hotter, Five Star Hotel, and Geordie OGs. She also made the guest appearances in Warsaw Shore (19 January 2014), Drunk History (23 February 2016), Just Tattoo of Us (10 April 2017) and (8 May 2017), and The Charlotte Show (2 July 2019). Holly Hagan is a very hard-working lady and has been working well since 2011.

Holly Hagan’s net worth is around $1 million (US dollars) at the moment. She has gained most of her money from her modelling and television projects.

Holly is a young lady and holds big chances of making her wealth bigger and better in the coming future.

Jacob Blyth spent his youth days at Bermuda WMC. He is a very decent player and has done a fine job in his career as a professional football player. Jacob Blyth’s unpredictability makes him a perfect investment for betting lovers.